Since this blog is new there isn't much information about the type of game Wasco will be. In this post I'll try to answer that a little bit. We're not planning for Wasco to feature any avant-garde gameplay mechanics during this time. The game is as simple as an old school rpg gets and will feature a top-down gameplay with 2-D tiles. We'll be setting up an art-style sheet that heavily inspires from the graphics style of retro-rpgs such as Pokémon, Final Fantasy and Secret of Mana. 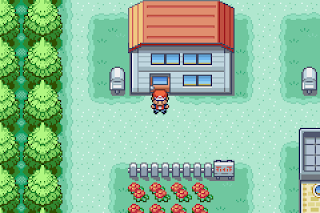 A screencap from either Pokémon FireRed or LeafGreen. 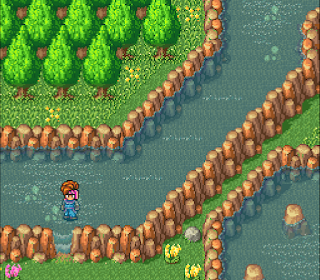 A screencap from Secret of Mana.

A screencap from Final Fantasy V.

Much like most top-down rpgs you will be navigating on an x and y axes, picking up items, talking to npcs and fighting battles where you'll have to spill some wires to survive! Talking about wires, next post will tell you a little bit about the setting and the atmosphere.
at July 12, 2017
Email ThisBlogThis!Share to TwitterShare to FacebookShare to Pinterest